Catarina and Luke Mahoney met at a farm near St. Petersburg, Russia in the fall of 1999 and lived there for five years. This 240-acre diversified, biodynamic farm was set up to provide a healthy living and working environment for handicapped individuals. At the farm they were exposed to many different aspects of agriculture and sustainable living. 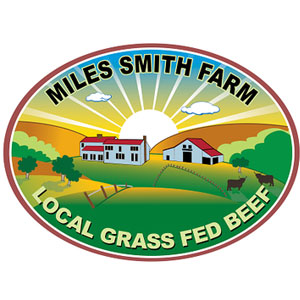 In the mid-1800s Miles Smith, a mason and farmer, cleared his land, built a house, raised a family, erected time-honored stone walls and pastured pigs, goats and dairy cattle. Today as an enduring reminder of that redoubtable heritage Miles Smith is buried in a cemetery on the land where he toiled. And while it may seem a tad fanciful, Carole Soule and Bruce Dawson, the current owners will, from time to time, visit the old owner’s grave for reflection and inspiration. In any event, Miles Smith still seems to wield considerable influence.

Taylor Brothers Sugarhouse & Creamery got its start in the seventies when Jim, Bill, and Rob Taylor were youngsters working on their family’s dairy farm. For fun, they tapped some maple trees in the neighborhood, borrowed an old canning pot from their mother, built an arch of concrete blocks and went into the syrup business. Syrup, cheese and more local farm products for sale. 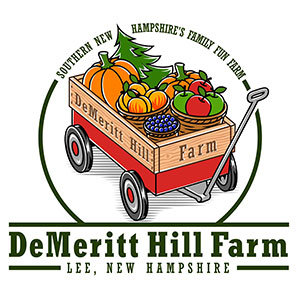 Diversification is a key word in the vocabulary of the Wilson family, and diversify they have! Pick-your-own blueberries, apples, pumpkins, and occasionally peaches are available in season. Sweet breads, many featuring the farm’s own fruit, are baked right on the farm in a commercial kitchen. No matter the season, homemade apple cider donuts are always a favorite with the crowds. Demeritt Hill Farm hosts multiple events throughout the year including a haunted Halloween hayride.

Lull Farm isn’t exactly a rural, Sunday afternoon drive destination. Seven days a week, visitors pass a shopping center and several fields before parking in the car-dotted lot off of Route 130 in Hollis. They emerge beneath some massive willow trees before entering a bustling, bursting-at-the-seams food market.
Before even getting in the door, shoppers weave between boxes of 70 different heirloom tomato varieties. Inside, rows of produce lead to the bakery, cheese counter, cut flower display and shelves of local value-added products—all the fruits of “Farmer Dave” Orde’s labor.

As with many modern farmers, Tim and Amy Bassett would like to be working their land full time and with total devotion; after all, farming is in their blood. Tim is a fourth generation farmer, growing up on their family dairy farm, now run by his brother in Woodstock, Vermont. Amy’s grandfather, was a dairy farmer as well in Landaff, New Hampshire. But time and conditions impose the same challenges on farmers as they do on all families, and children of the earth cannot always carry on the traditions which they have been raised in and love as in the old days.

For nearly six decades, the Stuart Farm, with its rolling hills and dairy cows, has been a landmark in Stratham, New Hampshire. Located near the Great Bay Estuary, Stuart Farm is one of the first farms to be conserved by the state of New Hampshire. 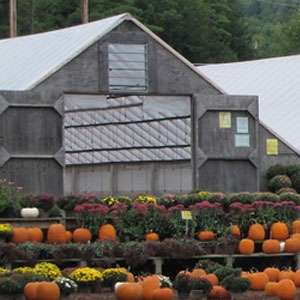 Lea, with soil under her fingernails and hands stained pink from strawberries, said, “Farming is a seven-day-a-week job for everyone in the family.” They start their greenhouses the last week in January, growing annuals, potted perennials, vegetables, and herbs. The farmstand, nursery, and ice cream stand are open from the end of April through the end of October. 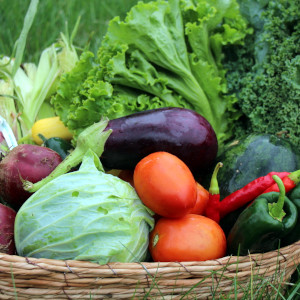 For 14 years, Catarina and Luke have been learning and practicing organic and biodynamic farming on a variety of farms in Russia, Germany and the United States. Catarina and Luke met at a farm near St. Petersburg, Russia in the fall of 1999 and lived there for five years. This 240-acre diversified, biodynamic farm was set up to provide a healthy living and working environment for handicapped individuals. At the farm they were exposed to many different aspects of agriculture and sustainable living. The on-site farm store is open 7 days a week, year round. Also, sign up for the CSA to get the best of what they have and ensure a hearty weekly supply of local food!

Wintergreens is a small family farm located just across the Connecticut River from Vermont and a few miles from our Canadian neighbors. This solar-powered farm grows a variety of vegetables, fruit and cut flowers.  You can purchase their produce, eggs and granola bars year round at the North Country  Market Place in Colebrook, NH. A limited range of products is for sale at the Rootsellar in Lancaster, NH.  During the growing season you can stop by the farm to see what’s available. They are also members of the North Country Farmers Co-op, a cooperative of farmers that grow and collectively sell to restaurants in the area.

A certified organic, grass based, family farm operated in Walpole NH since 1995, Brookfield Farm is as rich in history as it is in sustaining a rich and fulfilling agricultural way of life for the Gowdy family. “At the end of the day, when all the cows, sheep, the cat, and the dog are here, and everyone is okay, and nothing needs attention— that is my greatest pleasure,” says Holly. “I’m happier than I’ve ever been.”. Find 100% grassfed meats for sale at the farm stand on Saturdays from 10–2, or by appointment. Contact-free pickup and delivery available.  Organic hay and forage, as well as garden compost can also be purchased.

Her biggest sellers are perennials and veggie starts. They are all non-GMO, and open-pollinated when possible, but Jenny does sell hybrids. She also supplies bedding plants to the City of Keene, so her products can be seen brightening areas within town. You can find garlic, strawberries (seasonal) and fully pedigreed American Chinchilla rabbits for breeding, show and pet homes.

Lancaster Floral Design & Garden Center now comprises a full-service floral shop as well as selling annuals, perennial shrubs and flowers, vegetable seedlings, and seeds, a variety of compost materials, kiln dried firewood, and an array of items from their shop that ranges from pet food and livestock feed to birdseed and fresh eggs and veggies. 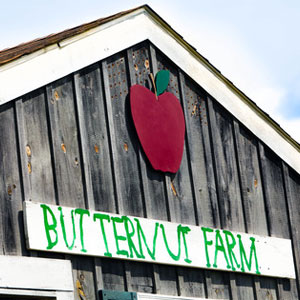 This was a relatively young fruit farm when Giff Burnap and his wife, Mae, purchased it in 2005. The previous owners of the former dairy farm began to implement the “pick your own” fruit model in the late 1980s. Since acquiring the farm, the Burnaps have almost doubled its size and have also added cherries to their extensive list of produce. 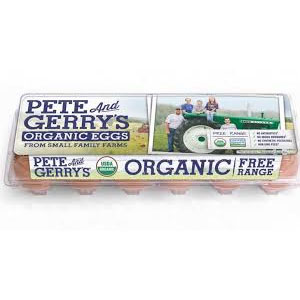 Whether they’re laying in Monroe or elsewhere, Pete and Gerry’s hens have access to large open areas outside for much of the day. They are free to peck at bugs hidden in the grass and scratch at the dirt; basically, they’re invited to act like chickens. Pete and Gerry’s technicians visit each of the partner farms weekly to ensure the company’s standards are met and help farmers work through any questions or challenges that arise.

Learn the basics of organic agriculture from soil preparation, fertilization and plant maintenance. We overview the methods most common in organic farming.

Organic agriculture is the practice of growing crops using only organic ingredients, from the fertilizer that provides nutrients to plants to the foliar spray used to prevent pests. USDA organic regulations restrict the use of conventional farming practices such as using pesticides and synthetic fertilizers.

Organically-grown food is considered premium and is often sold at  higher prices than non-organic food. The popularity of organically-grown vegetables, fruits and buds may continue to grow in the consumer market.

From afar, it’s easy to look at organic gardening with skepticism, as not all methods shared in books, databases and online line-up with each other, making organic agriculture seem disorganized.

However, within the scope of organic growing a few key practices are usually followed:

The soil in your garden or farm can be sent to a co-op for a small fee to analyze the nutrient content. This will help you better understand the right amendments to use when crop planning. There are various co-op extensions throughout the country that provide soil tests, where you can send in a sample of your own, like the UNH Cooperative Extension. 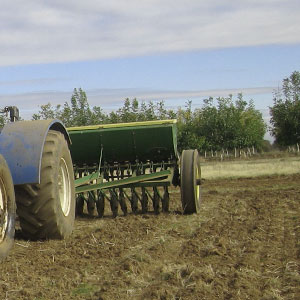 Compacted soil makes it hard for developing roots to push through and expand, which in-turn leads to less available resources for the plant to use. Optimizing the consistency of the soil plays a major role in promoting fast and healthy roots. Soil is aerated by farmers usually by tilling, with some farmers and gardeners doing more niche techniques such as permaculture and layering of soil with compost.

The microbiology of soil can only survive in a small range deeper or shallower from it’s natural habitat in the soil. This means that disturbance of soil ends up destroying some natural microbial life contained. In best practice, tilling and excessive disturbance of the soil layers are to be avoided if possible, although the trade-off of compacted soil may be worse which leaves the farmer with an ultimatum.

Introducing Organic Matter into the Soil

Compost is simply rotted organic matter. Adding compost to soil is good for soil structure, as the air contained helps to aerate the root zone around crops. Compost is also beneficial to the microbiology that lives within soils. As the compost decomposes, natural bacteria and fungi work to process the excess nutrients, while providing additional perks to plants such as mycorrhizal fungi, a natural fungus that helps plants absorb the mineral phosphorus and other nutrients in a sort of symbiotic relationship with the plant.

Organic matter such as compost, grass clipping and leaf litter can be incorporated into the soil. However consider withholding non-decomposed “woody” material such as wood chips, as a significant amount of nitrogen is needed which may be stolen from the plant.

The Application of Manure 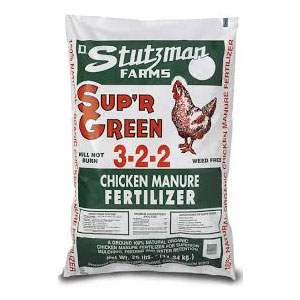 Manure is used for crops as a natural form of nitrogen and other major, minor and micro-nutrients. Chicken manure is the most commonly used animal manure in agriculture that farmers buy or produce. Rated around a 3-2-2 NPK, chicken manure is a suitable growth fertilizer for a wide range of crops. Other animal manures used include pig manure, goat manure, cow manure and more.

Usage of Mineral and Bone Powders 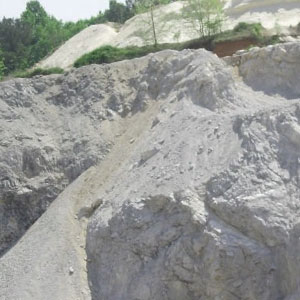 Mineral, rock and bone powders are used to alter the chemical composition of the soil, organically. Here are a few examples:

Mulch is used to cover the bare topsoil around a plant’s root-zone. A mulch helps to preserve water, as the sun’s rays make the plant perspire and lose moisture. Typically only a mulch of 1-5 inches is recommended, as thicker mulches may harbor pests and take away from the available nitrogen surrounding the plant. A thin-material mulch is preferred, such as high-nitrogen grass clippings.

Organically-grown crops are usually more prone to pest attack and disease than crops grown using chemical pesticides. This means manual inspection of plants should be done more frequently, to try and minimize the spread of such injuries.